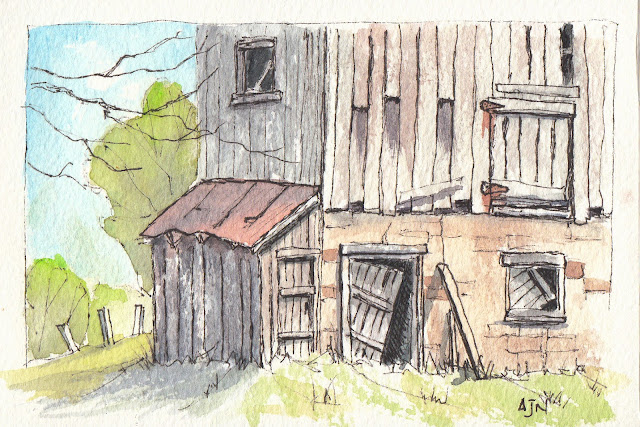 I really enjoy the tutorials by Peter Sheeler on You tube as I try to simplify !
The pen was an old Micron 08 that had dried up so I refilled it with India Ink. I like the scratchy lines it produces they seem fitting for this kind of work.

Posted by Alan Norsworthy at 6:10 AM No comments:

A day in the Countryside

After a sweltering week the weather cleared and we were treated to a wonderful day perfectly timed as I had planned a day in the countryside around Otterville with my 'sketchy friend' Karen...

Old abandoned houses, barns and derelict tobacco drying sheds were the order of the day.

This is obviously a working barn very well kept and the land around it was like a lawn ! I have to research the quilt like pattern on the wall I saw several places that had these. 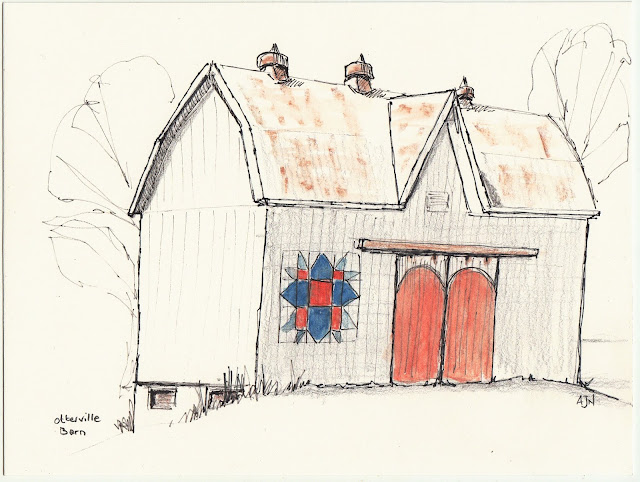 Beside the barn was an old water tower that I couldn't resist .. 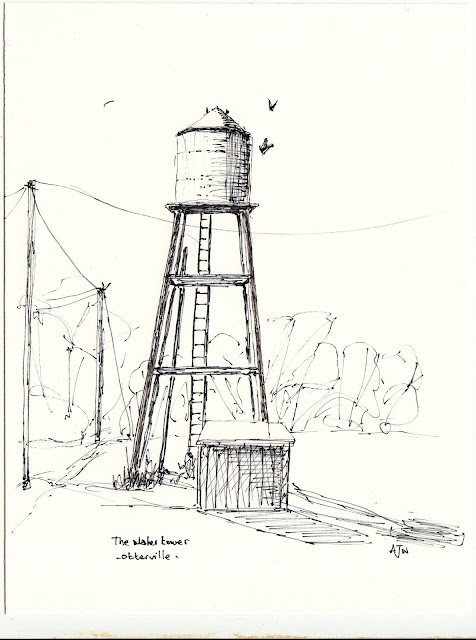 Further to the left were several tobacco drying houses so I continued my sweep of the area making a triptych of sorts with this rendition.. 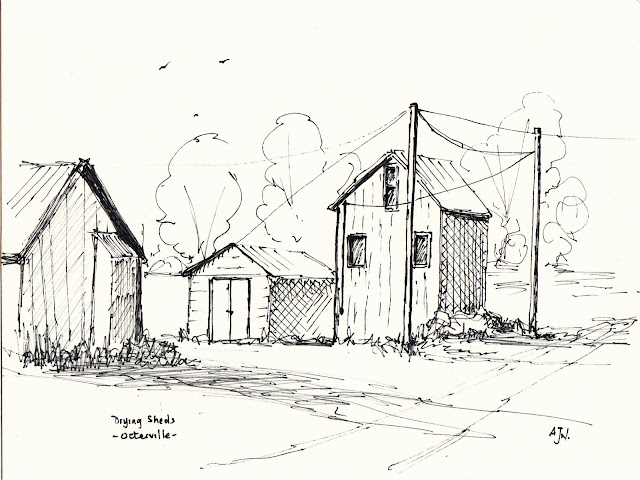 Back around to the front where my car was parked I decided to attempt an 'close up' of the old farmstead that is rapidly crumbling as Mother Nature takes back what is hers. I have drawn the whole frontal facade previously. 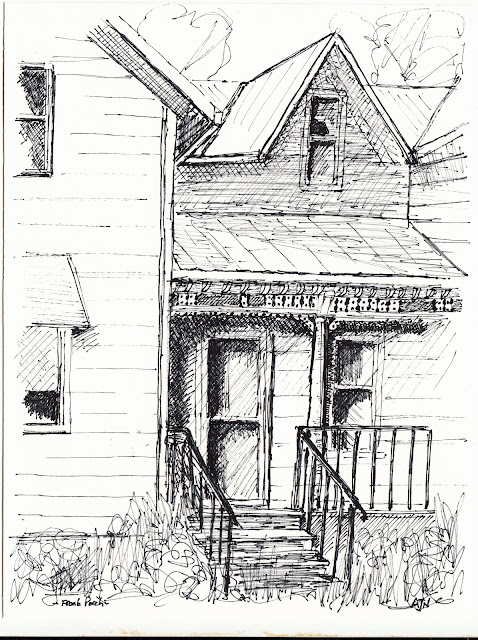 Then time for lunch , this series took about 2 hours.
Then we began the long, slow drive home on the back roads looking for possibilities and found this one. 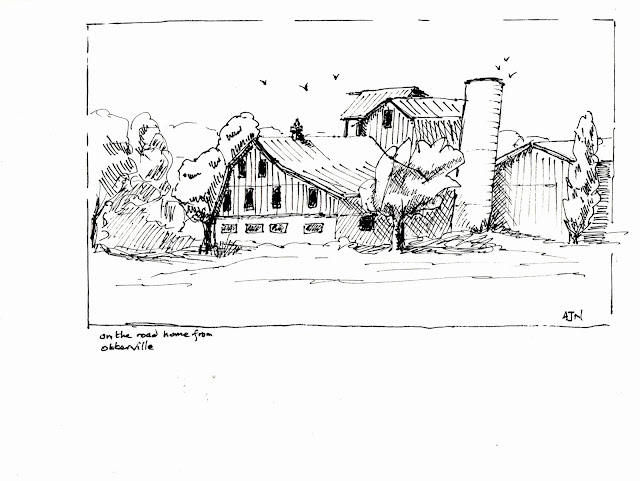 It seemed like a fitting end to a great day

Enjoy
Alan
Posted by Alan Norsworthy at 2:33 AM No comments:

Yesterday I joined the KW Urban Sketchers at Laepple Organic Farm.
Thankfully the weather men / women/ people were wrong (again) and we had clear skies all day!

When I arrived I had to try my new Koi watercolour pocket field sketch box for this 4" x 6"
Unfortunately the paper buckled as soon as I sprayed it (I didn't realise it wasn't a block)
So there was a lot of waiting as things dried!


Cows in the Meadow 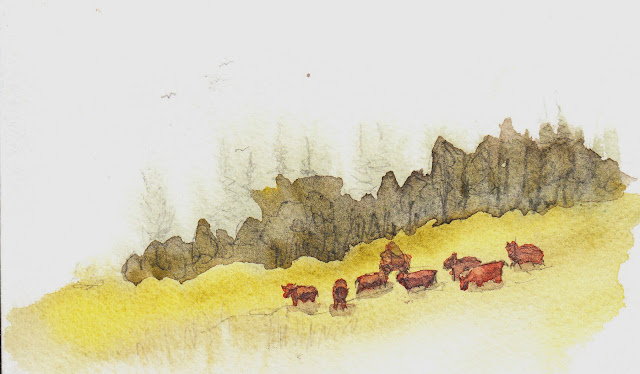 So as I waited for that to dry I pulled out another new to me sketch pad .. Stonehenge Colours (lightly tinted paper) and Staedler Black Pencils to do this... 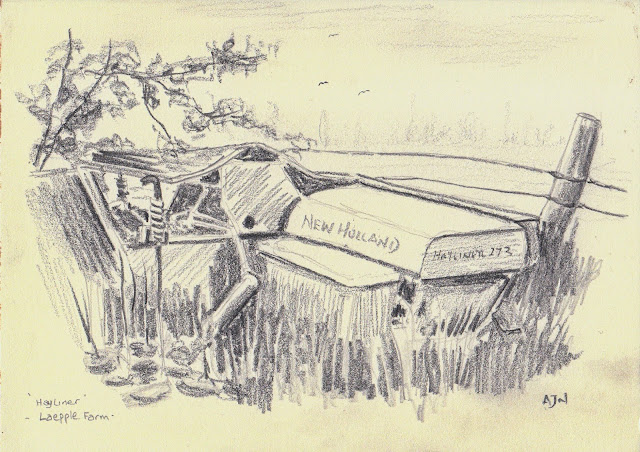 Around to the front of the barn to find some shade and draw the 'front' ... 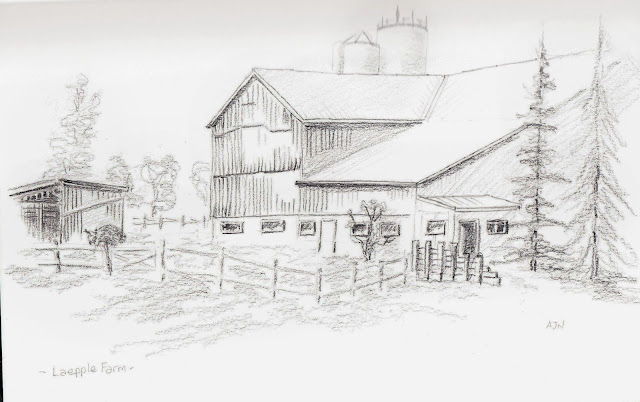 Finally into the shade to work on the details ...
love the 'doorstop' 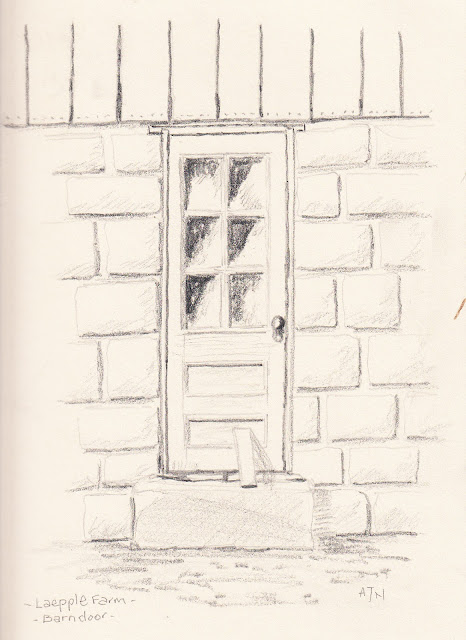 Alan
Posted by Alan Norsworthy at 3:45 AM No comments:

The houses of New Hamburg

It's not every day that you are offered a beer while sketching!
New Hamburg is a great town with dozens of sketching opportunities so once again the Urban Sketchers descended on this quiet, peaceful, little town as we prepare for a show on August 25, 5pm to 7pm at Bitte Schon Brauhaus.

It was rainy so I decided watercolours or fountain pen work was out so it was pencil and coloured pencil this day..


First up 190 Peel St and it's wonderful gingerbreading (always a challenge!) 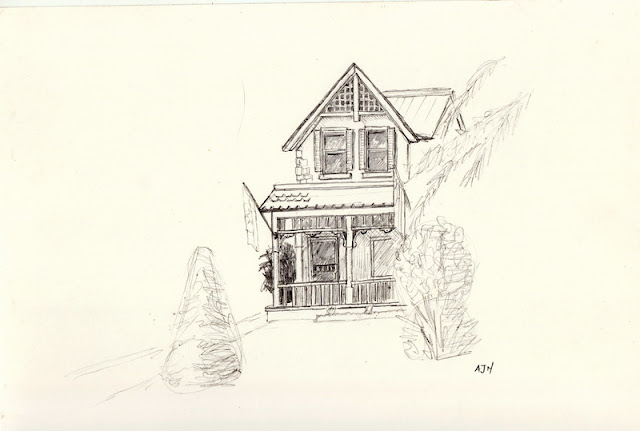 Then with time left over I looked for something a little 'cleaner' OK make that 'easier' ! 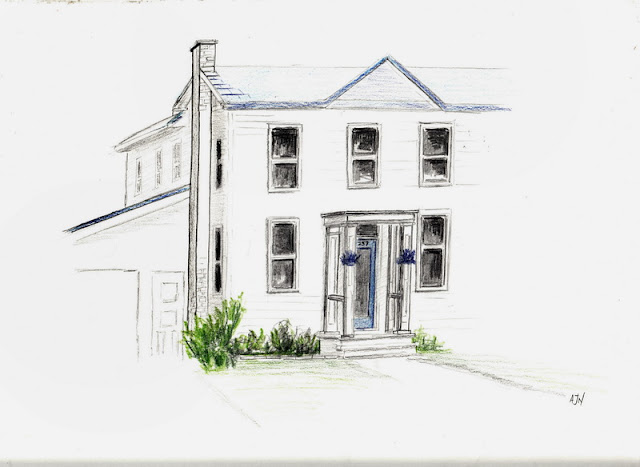 Posted by Alan Norsworthy at 4:17 AM No comments:

Yesterday I decided to sit in the yard as the air was cooler and the bugs almost non existent.
Besides Winter loves to be outside with me.
I was looking at my old Scots Pine slowly coming back to life after the winter and thought it would be a good subject for a pen and ink rendering. 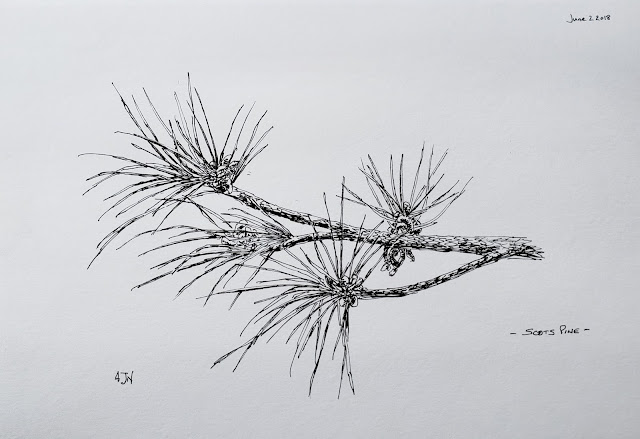 Alan
Posted by Alan Norsworthy at 5:18 AM No comments:

Sketch Walk in the University of Guelph grounds

Today I decided, because of the heat, to get an early start and stay 'local' instead of going on an afternoon sketching trip to New Hamburg with my 'Sketchy Friends'.
So I wandered around the U of G for a while before the heat drove me back to the air conditioned comfort.
Yes I'm a wuss.... 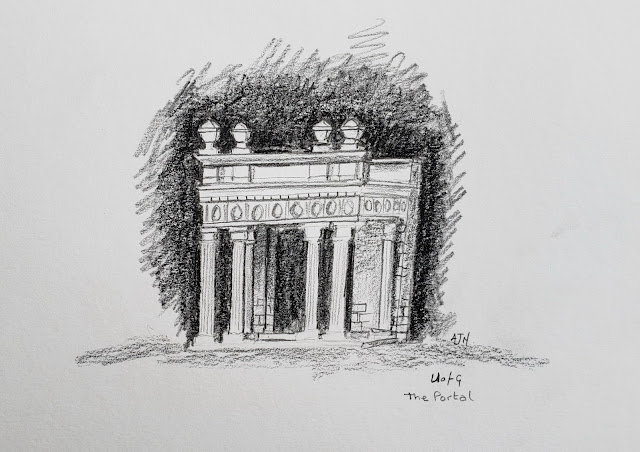 My first stop ( I got out of the car pulled out my chair and sat down) was the "Portal" a rebuilt section of the original doorway that became the University.. 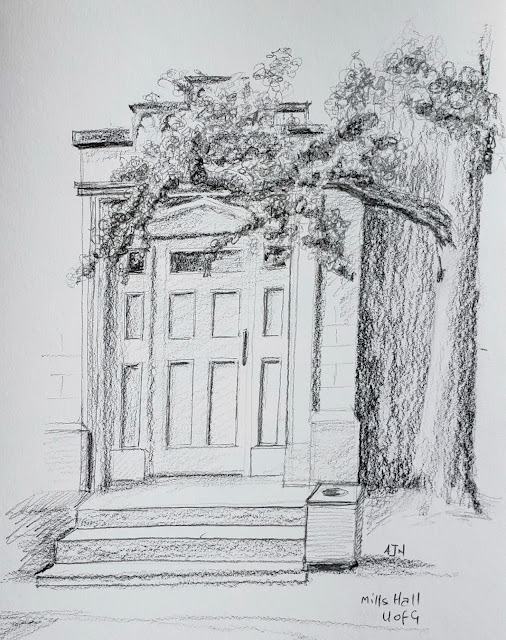 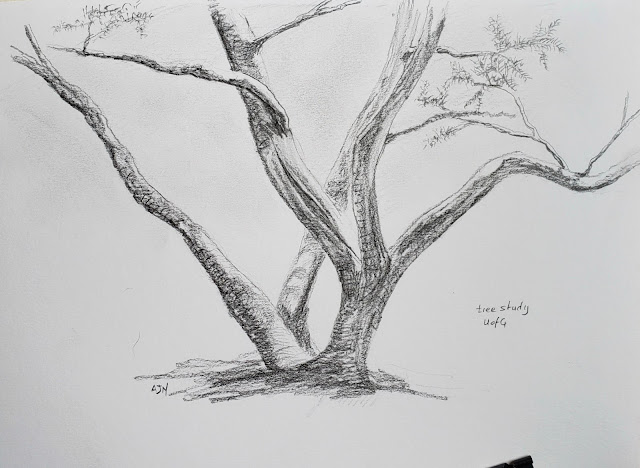 Last stop, on the way back to the car, this old tree caught my attention

Posted by Alan Norsworthy at 12:32 PM No comments: 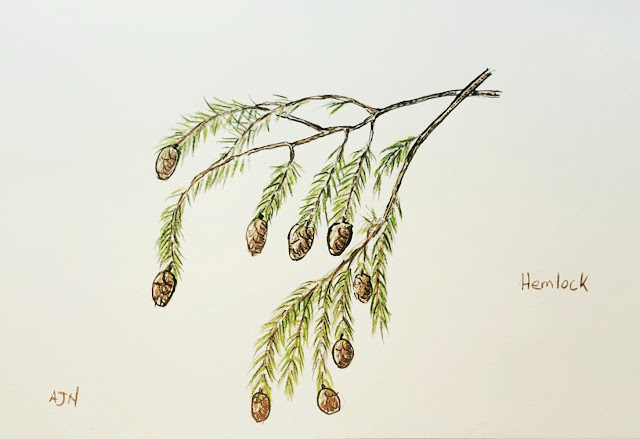 Alan
Posted by Alan Norsworthy at 9:23 AM No comments: